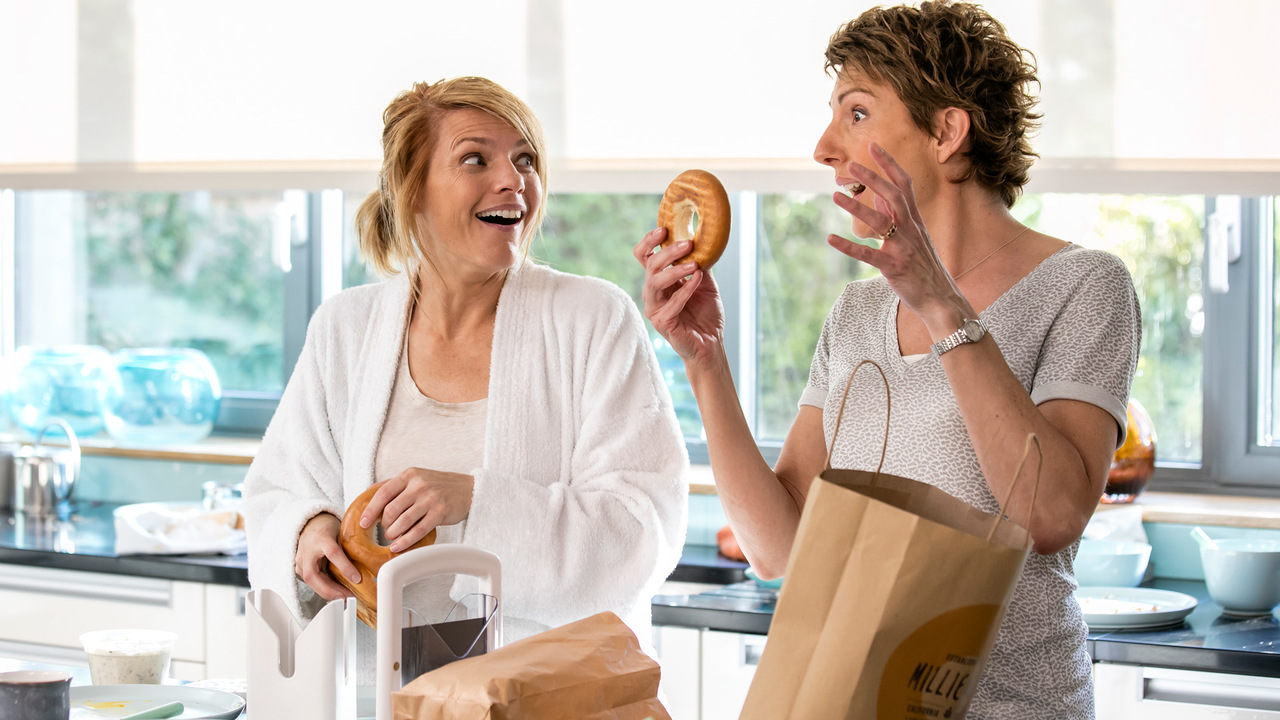 Comedy
Episodes, the award-winning, razor-sharp comedy about the insanity of making a television show, returns for its fifth and final season. Lauded English television writers Sean and Beverly Lincoln were lured to Hollywood to adapt their much-loved British boarding-school comedy, Lyman’s Boys. Their American network has mangled the show into Pucks!, a sitcom about a high school hockey coach starring Matt LeBlanc (played brilliantly by himself). After a dismal run, the sitcom was finally put out of its misery. Now Sean and Beverly struggle to create a successful new project in this country without completely losing their integrity, while Matt desperately attempts to revitalize his disappearing acting career.

After the episode: A conversation with creators David Crane and Jeffrey Klarik, and cast member Matt LeBlanc. Moderated by Hollywood Editor for New York Magazine and Vulture, Stacey Wilson Hunt. 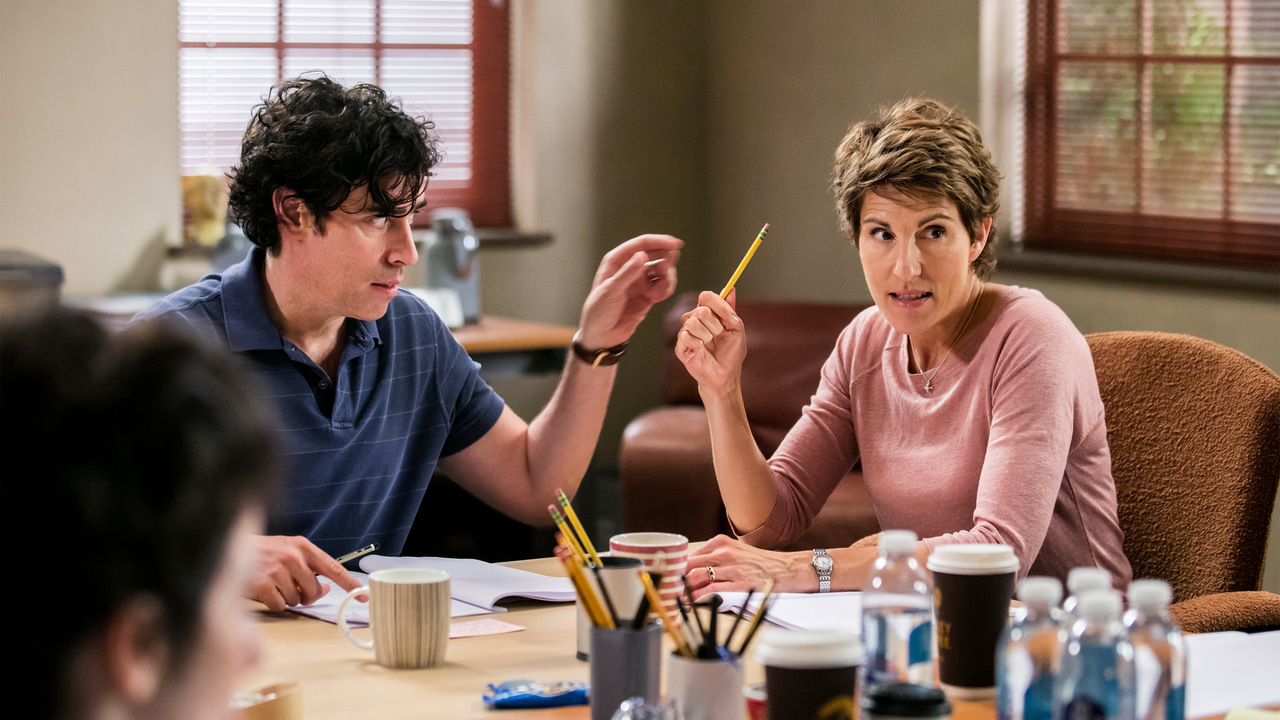 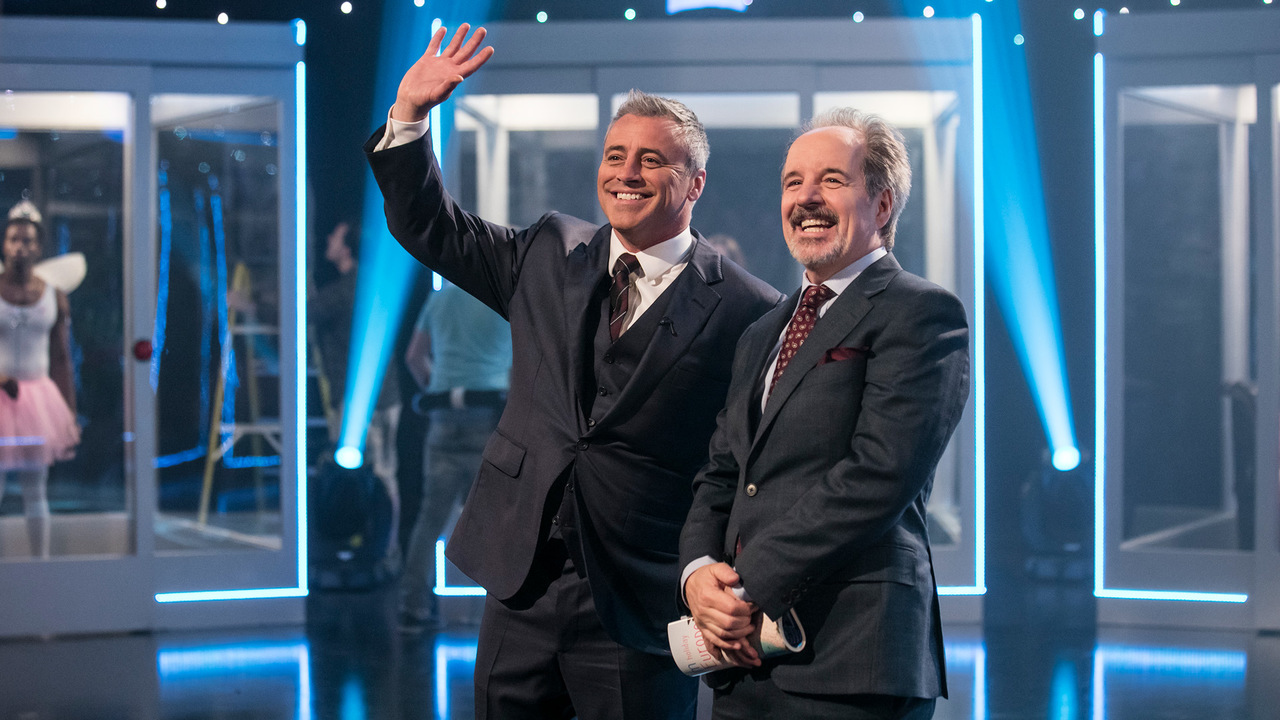 David Crane has established himself as one of the most timeless creatives shaping the world of modern comedy. Crane is best known as the co-creator of the long-running series Friends. The series ran for ten seasons and earned him numerous awards including an Emmy® for Outstanding Comedy Series. Currently, he is the co-creator of the comedy Episodes, alongside partner Jeffrey Klarik. The Showtime/BBC series returns later this year with its fifth and final season. For their work, the pair have received four Emmy® nominations for Outstanding Writing, as well as one BAFTA and two Golden Globe nominations for Best Comedy Series. Crane also co-created the classic HBO comedy Dream On, for which he received an Emmy® nomination for Outstanding Writing for a Comedy Series. With Klarik, Crane co-created the award-winning comedy, The Class. Crane and Klarik have been partners in life for 28 years.

Stacey Wilson Hunt is an award-winning journalist, event host and Reality Bites obsessive who most recently served as the Los Angeles-based Hollywood Editor for New York magazine and Vulture. Before that, she spent more than five years at The Hollywood Reporter as Special Projects Editor, and host and producer of the Emmy-nominated SundanceTV interview series, Close Up with The Hollywood Reporter. Her writing has also appeared in The New York Times, Entertainment Weekly, Variety, People, TV Guide, among others. A native of Portland, Oregon, Wilson Hunt has a master’s degree in journalism from Columbia University and currently serves as a contributor of Hollywood coverage to Fortune.

Jeffrey Klarik is one of the gutsiest voices in comedy today, imbuing his work with a delicate balance of scathing wit and incredible heart. Alongside partner David Crane, Klarik serves as the co-creator of the Showtime/BBC series Episodes. The show, starring Matt LeBlanc, will return for its fifth and final season later this year with Klarik directing all seven episodes. Through its run, the Hollywood-skewering series has earned the pair four Emmy® nominations for Outstanding Writing for a Comedy Series, a BAFTA nomination, and two Golden Globe nominations for Best Television Series – Comedy or Musical. Formerly, Klarik collaborated with Crane on CBS’s critically acclaimed series, The Class, which they co-created. Other credits include Dream On, Half & Half, and Mad About You, the later of which earned Klarik a Golden Globe award and Emmy® nomination for his work. Crane and Klarik have been partners in life for 28 years.

Matt LeBlanc is a member of a very select group of actors who are working on three shows simultaneously. He stars on the Showtime series Episodes playing a fictional version of himself, for which he won a Golden Globe® Award and four Emmy® nominations. He is also the first-ever American co-host of BBC’s newly revamped Top Gear, and the star of the CBS comedy Man With a Plan. LeBlanc is best known for his role as Joey Tribbiani on the legendary series Friends. The show aired for a decade and garnered LeBlanc many accolades, including three Emmy® nominations, two Golden Globe® nominations and a SAG nomination. He continued portraying the character in the spin-off series “Joey” for two more years. LeBlanc’s film credits include Lovesick, Charlie’s Angels, Charlie’s Angels: Full Throttle, Lost in Space and All the Queen’s Men. His feature producing credits include Jonah Hex and The Watch.