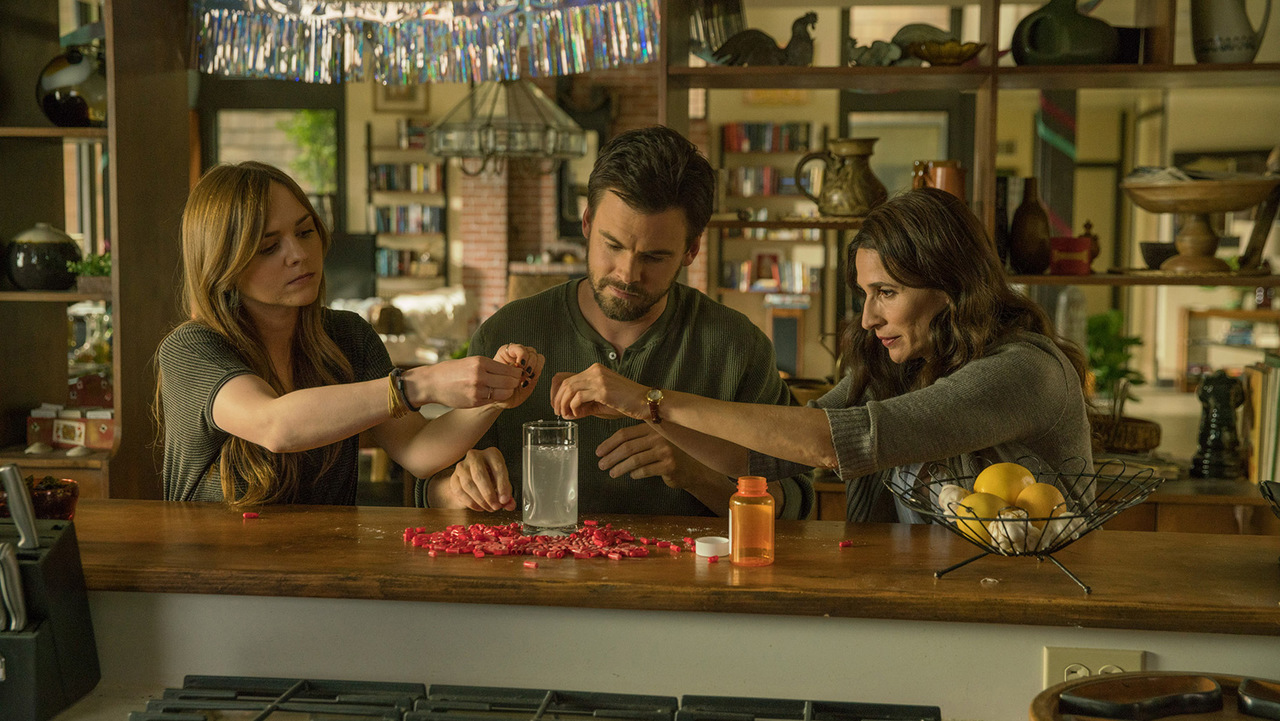 Female Director(s), Comedy, Female Screenwriter(s)
Season 3 returns with everyone's favorite co-dependent siblings Valerie and Alex. They continue to live deep in each others emotional lives as they raise Valerie's daughter Laura. Following dramatic life changes at the end of the last season, Valerie and Alex are adjusting to a new normal while continuing to struggle to maintain boundaries with each other.

Born in Washington DC, raised in Zimbabwe and the UK, Nyasha studied acting at Royal Academy of Dramatic Art. His film debut was in The Good Shepherd directed by Robert De Niro, followed by Roman Polanski’s The Ghost Writer. Recently, Nyasha starred in the hit show King Charles III, which was nominated for six Tony® awards and 5 Olivier awards, winning BEST PLAY. Currently, Nyasha is a series regular in the HULU hit show, Casual. Next he will be seen starring in the film Replicas opposite Keanu Reeves, and Hugo Blick's much anticipated Black Earth Rising.

Michaela Watkins currently stars as ‘Valerie Cole,’ a newly divorced therapist who is just re-entering the world of dating in the critically acclaimed Hulu show Casual. She will next be seen in The House starring alongside Will Ferrell and Amy Poehler, out June 2017. Watkins can also be seen in all three seasons of Amazon’s Golden Globe® winning show, Transparent, and opposite Bradley Cooper, Amy Poehler and Paul Rudd in the Netflix series Wet Hot American Summer, as well as in HBO’s hit comedy Veep. Watkins joined the SNL cast mid-season of 2008-09.

Stacey Wilson Hunt is an award-winning journalist, event host and Reality Bites obsessive who most recently served as the Los Angeles-based Hollywood Editor for New York magazine and Vulture. Before that, she spent more than five years at The Hollywood Reporter as Special Projects Editor, and host and producer of the Emmy-nominated SundanceTV interview series, Close Up with The Hollywood Reporter. Her writing has also appeared in The New York Times, Entertainment Weekly, Variety, People, TV Guide, among others. A native of Portland, Oregon, Wilson Hunt has a master’s degree in journalism from Columbia University and currently serves as a contributor of Hollywood coverage to Fortune.

Helen Estabrook is an Academy Award®-nominated film and television producer. For many years, she ran Right of Way Films, the production company of director Jason Reitman. Her career started with Reitman’s Oscar®-nominated film Up in the Air. She went on to produce the Duplass brothers' Jeff, Who Lives at Home, as well as Reitman’s next four films, including the forthcoming Tully, written by Diablo Cody and starring Charlize Theron. She spearheaded Damien Chazelle’s Whiplash, producing first the 'proof of concept' short and then the feature film. She is an executive producer on Hulu’s Golden Globe®-nominated comedy Casual, currently filming its third season.

While working as a development assistant, Zander Lehmann sold Game Show to HBO with David Fincher producing. As a writer on MTV’s The Shannara Chronicles Lehmann sold Casual to Hulu with Jason Reitman directing and producing. Season 3 of the Golden Globe®-nominated series premieres May 23 on Hulu.