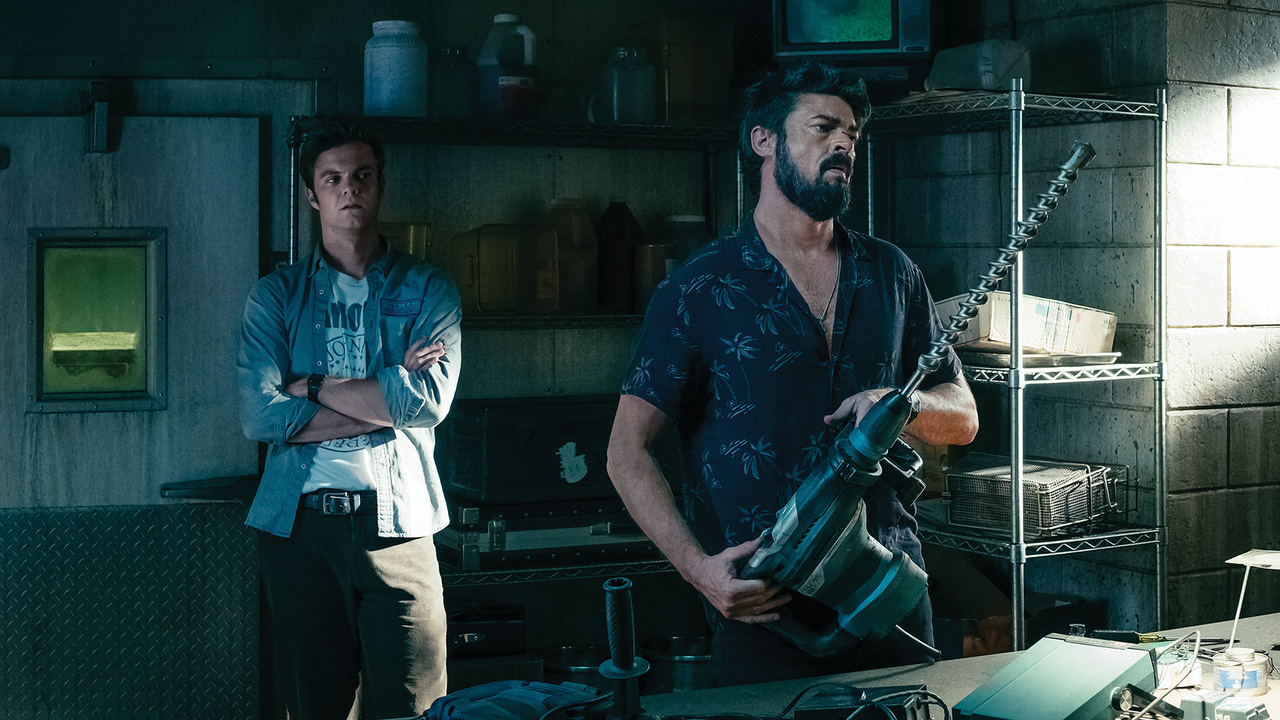 Action, Comedy, Drama, Thriller
The Boys is a fun and irreverent take on what happens when superheroes abuse their superpowers rather than use them for good. Based on a comic by Garth Ennis and Darick Robertson.

Karen Fukuhara stars as The Female in the Amazon Prime Video original series “The Boys.” Fukuhara is best known for her role as Katana in “Suicide Squad” opposite Jared Leto, Margot Robbie and Will Smith. She next starred in the independent film “Stray,” opposite Christine Woods. In animation, Fukuhara notably voices Glimmer in Netflix’s “She-Ra and the Princess of Power.” Fukuhara got her start as a bilingual international host for the TV show, “Disney’s Movie Surfer,” in which she introduced the latest Disney movies to Japanese viewers and then became a sports reporter for NHK Japan Broadcasting Corporation.

Kathryn VanArendonk writes about television and culture as a staff writer for Vulture.com and New York Magazine. She has a PhD in English literature from Stanford University.

Jack Quaid is one of Hollywood’s most exciting and versatile young actors working today. Quaid can next be seen as Hughie in the Amazon Prime Video series “The Boys” from creator Eric Kripke and executive producers Evan Goldberg and Seth Rogan. He will also appear in the romantic comedy, “Plus One,” which will also premiere at Tribeca Film Festival this April. His other film credits include “Logan Lucky,” “Rampage,” “Tragedy Girls,” “ITHACA” and the first two installments of “The Hunger Games” film franchise. On television Quaid starred in the HBO series “Vinyl” from executive producers Martin Scorsese and Mick Jagger.

Erin Moriarty stars as Annie January aka Starlight in the Amazon Prime Video original series “The Boys.” Moriarty, a native to New York City, is quickly becoming one of Hollywood’s most promising young talents. She gained critical acclaim recurring as Woody Harrelson’s troubled teenage daughter on the award-winning HBO drama “True Detective.” She was seen in Marvel’s “Jessica Jones.” In film, she can be seen starring opposite Mel Gibson in “Blood Father” and in “Captain Fantastic” alongside Viggo Mortensen. Her film credits include “The Miracle Season,” “Monster Party,” “The Extraordinary Journey of the Fakir,” “Driven” and “The Kings of Summer.”

Chace Crawford is best known for portraying “Nate Archibald” in the CW hit drama GOSSIP GIRL based on Cecily von Ziegesar’s best-selling book series. Crawford’s previous film work also includes WHAT TO EXPECT WHEN YOU’RE EXPECTING, ELOISE, Warren Beatty’s RULES DON’T APPLY, and MOUTAIN MEN. His first break came when he landed the role of ‘Tyler Simms’ in THE COVENANT. Crawford can next be seen portraying “The Deep” on the television show THE BOYS, for Amazon. Other future projects include his role as “Tex Watson” in the Charles Manson film CHARLIE SAYS, directed by Mary Haron.

Karl Urban stars as "Billy Butcher" in Amazon's THE BOYS. Urban, a New Zealand native, most recently appeared as “Skurge” in THOR: RAGNAROK. He is best known for playing “Dr. Leonard McCoy” in the STAR TREK films, “Éomer” in the THE LORD OF THE RINGS franchise and “Judge Dredd” in Alex Garland's DREDD. Urban won critical acclaim for his early work in THE PRICE OF MILK and OUT OF THE BLUE. He went on to star in THE BOURNE SUPREMACY and RED among others. Karl is an ambassador for the New Zealand charity Kids Can which provides support for children in poverty.

Antony Starr stars as Homelander in the Amazon Prime Video original series “The Boys.” A New Zealand native, Starr made his American television debut as Lucas Hood in the drama series “Banshee.” He has also appeared in numerous series in Australia and New Zealand including “Rush” and “Outrageous Fortune” where he gained acclaim for portraying dual role of twins. On the big screen, Starr can next be seen in the independent feature “Gutterbee” and appeared in the Australian independent film “Wish You Were Here,” opposite Joel Edgerton, Teresa Palmer and Felicity Price. Starr currently resides in Los Angeles.

Elisabeth Shue stars as Madelyn Stillwell in the Amazon Prime Video original series “The Boys.” Shue has had an extensive film career that includes an Academy Award® nomination for her performance in Mike Figgis’ “Leaving Las Vegas.” Her performance also earned her a Best Actress award from the Independent Spirit Awards, Los Angeles Film Critics Association, the Chicago Film Critics Association, the National Society of Film Critics, as well as nominations from the New York Film Critics Circle, the Golden Globes® and Screen Actors Guild Awards®. She will next be seen starring opposite Tom Hanks in “Greyhound.”

Laz Alonso stars as Mother’s Milk in the Amazon Prime Video original series “The Boys.” Most recently, Alonso was seen in Kathryn Bigelow’s “Detroit” opposite John Boyega and John Krasinski. Previously he starred as the heroic Tsu’tey in James Cameron’s “Avatar,” the villain Fenix in Universal’s “Fast And Furious,” and also appeared in Sam Mendes’ “Jarhead.” In 2011, Alonso showed off his leading man skills in the Columbia Pictures hit romantic comedy “Jumping the Broom.” For television, Alonso starred in NBC’s “Mysteries of Laura” alongside Debra Messing. He also starred in A&E’s “Breakout Kings.”