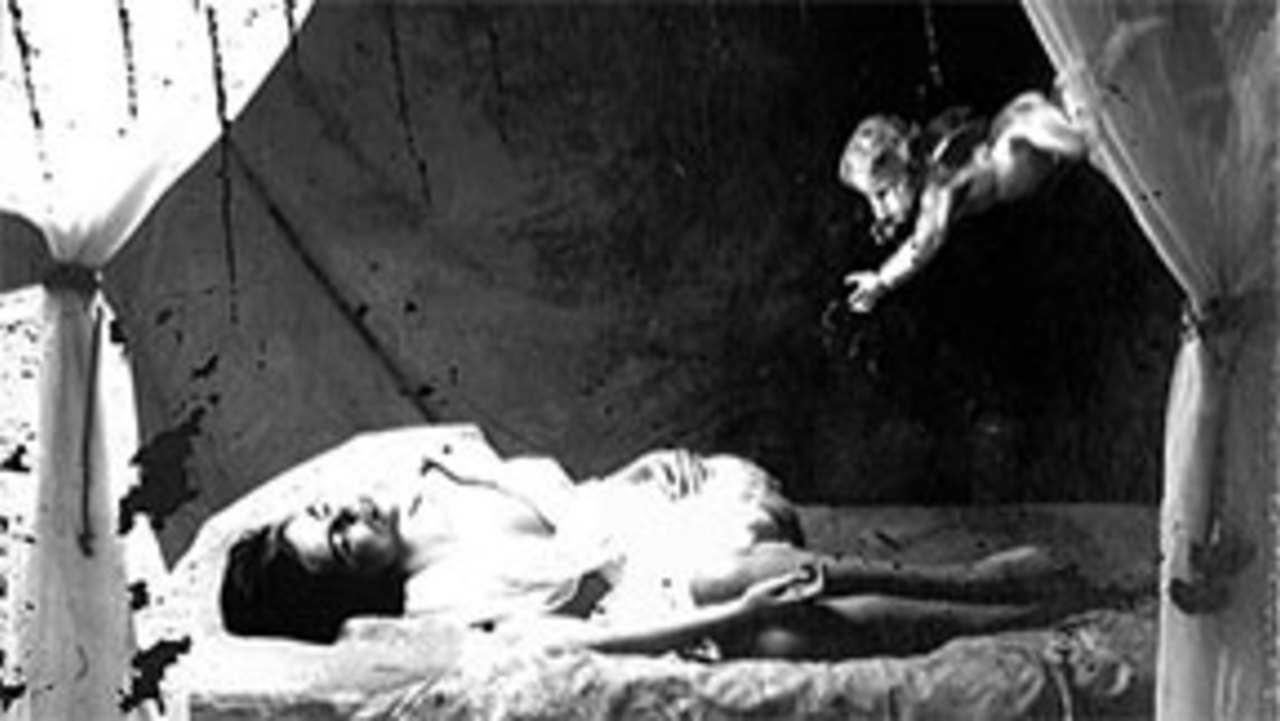 "Dad, when you gonna be home?" says the voice on the answering machine. "I really, really, really wanna put on a show." And with that a little girl with angel's wings tells a story-her father's story, a journey through 4,000 years of Western civilization. This beautiful bio-epic touches on everything from Egyptian, Greek, and Norse mythology to the French Revolution and World War II, and then on to September 11. "Don't look back," our young Virgil warns us, quoting Eurydice-or Pennebaker-but of course we do. Obliquely inspired by Finnegan's Wake, and with appearances by Don Quixote, Socrates, Hamlet, Joan of Arc, Che Guevara, Little Red Riding Hood, Tristan and Isolde, St. Teresa of Avila, Franz Kafka, Hedda Gabler, and many more, Richard Sylvarnes' second feature contemplates desire and greed, hope and dreams, and love and death. "The most merciful thing in the world," says the angel-winged child, "is the inability of the human mind to correlate all its contents." Entirely composed of stills, most of them photographed in the style of nineteenth-century tableaux photography, manipulated through stop-motion animation, flicker, and rotoscoping, H.C.E. plays like an early magic lantern show, as if Eadweard Muybridge had gotten his hands on Final Cut Pro. The film is guaranteed to capture the intrigue of history buffs, and cultural-savvy parents. With Thomas Jay Ryan (Henry Fool) as the voice of God and Annie Sprinkle as Eve.