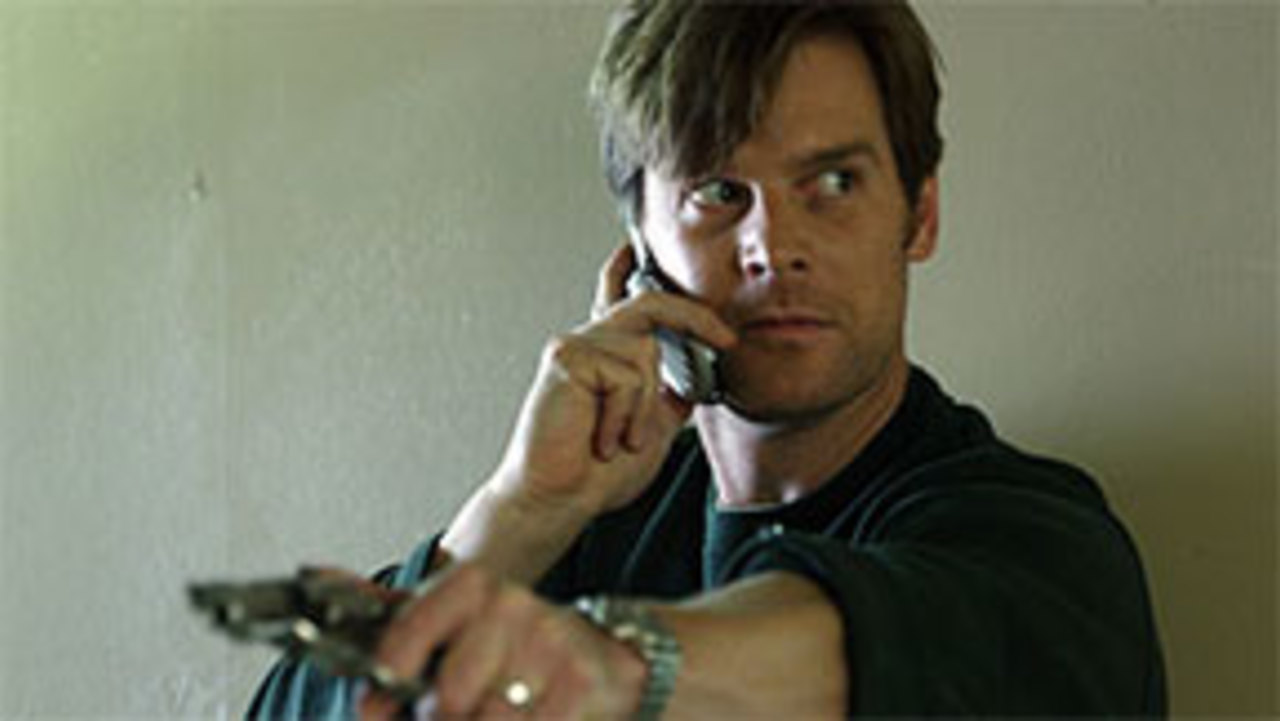 Director Jeff Renfroe redefines the roles of terrorist and terrorized in this post-September 11 take on Rear Window. On the surface, Terry Allen (Peter Krause) appears to be a model American citizen. He dresses well, has a charming wife, and makes a decent living as an accountant. But after he loses his job and his mortgage application falls through, he quickly sinks into a media-fueled obsession with his country's war on terrorism. When a Muslim student named Gabe Hassan unexpectedly moves in next door, Allen's fears are further exacerbated. He shadows Hassan, examines his trash, and decides to file a report with the local FBI office. Meanwhile, Allen's wife watches in horror as her once liberal husband scours most-wanted lists and monitors Hassan's home with the trademark mania of a government agent gone-wrong. While the FBI case officer (Richard Schiff) drags his heels, Allen takes matters into his own hands. He unlawfully enters Hassan's home and his findings furtherhis suspicions. As the film draws nearer to its horrifying conclusion, the line between terrorist and nationalist becomes frighteningly unclear. Egyptian actor Khaled Abol Naga and Six Feet Under star Peter Krause both deliver electric performances in this taut psychological thriller.

While growing up in Victoria, British Columbia, Jeff Renfroe experimented endlessly with photography, theater, and video art. In 1987, his video piece Blades, which examined the issue of teen suicide, won a BCA scholarship award for Best Short Film. Two years later Renfroe moved to Toronto in order to attend Ryerson Polytechnical University. He graduated in 1993 with a B.A.A. degree in Film Studies before going on to direct a number of music videos and short films. His video for Annax Bickie's "Can't Sleep Tonight" won a TVO-Telefest Best Music Video award, while his short Noah won the Best Short Film award at TVO-Telefest in 1993. Renfroe's internationally coproduced debut feature film One Point 0 was nominated for the Grand Jury Prize at the 2004 Sundance Film Festival, and it was named Best International Feature Film at the 2004 Fantasia Film Festival in Montreal.