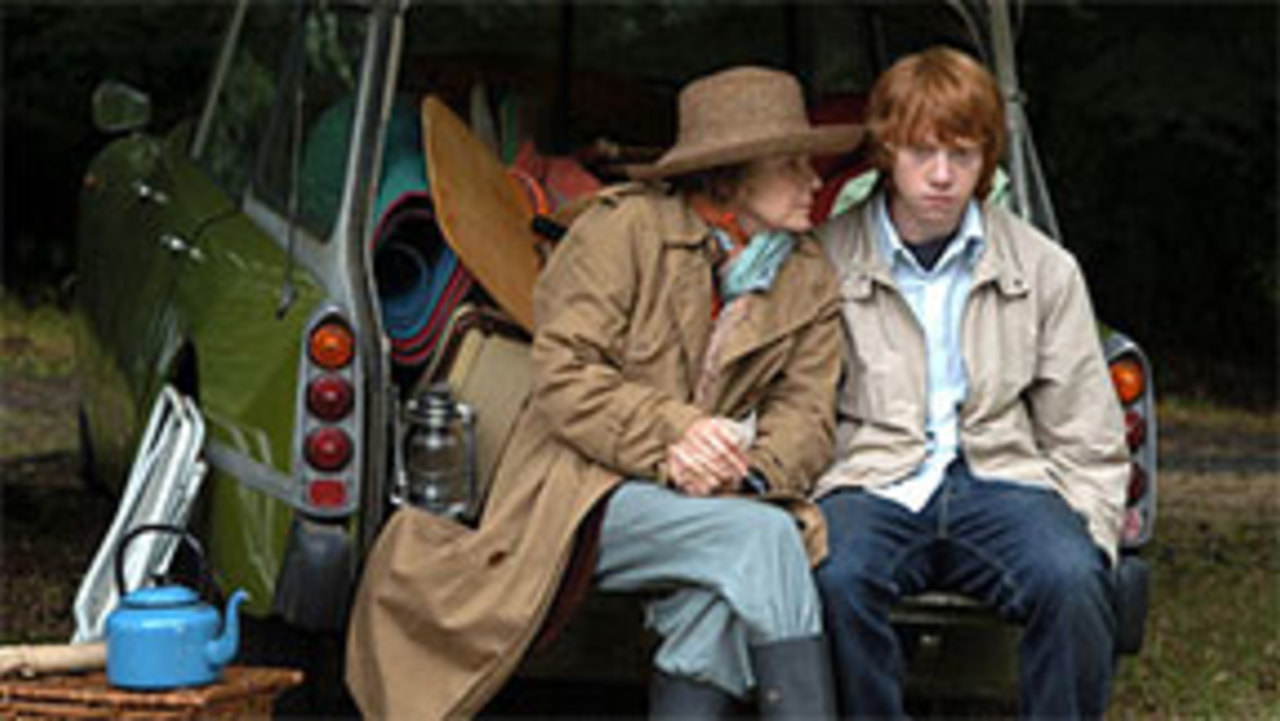 From across the pond comes this heartwarming tale about two unlikely friends. Summer vacation for Ben (Rupert Grint) involves bible study class, work at a convalescent home, and driving lessons from his overbearing and overly religious mother (Laura Linney). It may not be a 17-year-old's dream summer, but with a demanding, vigilant mother and a passive vicar for a father, Ben doesn't have much choice. However, his absurdly straitlaced life begins to unravel when he gets a job assisting Evie (Julie Walters), a former grande dame of the British stage and screen. Dignified, vulgar, and childish all at once, Evie spends most of her time in her garden. Suddenly caught between two worlds, Ben starts to gravitate towards his employer's alien ways, even though it continually gets him in trouble with his mother. One day Evie drags Ben on a camping trip, only to extend their journey by having the unlicensed Ben drive her to the Edinburgh Festival, where she is scheduled to give a poetry reading. Reluctantly, Ben ignores his innate conservativism and jumps behind the wheel. What follows is a journey that very much resembles the two-way road on which Ben and Evie travel, as each helps the other move forward in their radically different lives. Accomplished screenwriter Jeremy Brock loosely based Driving Lessons on his own life. He has adjusted effortlessly to the director's chair, as his personal touches perfectly accentuate this highly enjoyable road movie.

A graduate of the BBC's directors' course, Brock has enjoyed a successful screenwriting career since 1985. He wrote Times Like These, starring Greta Scacchi and Tim Woodward, adapted Dickens' Oliver Twist for the Bristol Old Vic in 1990, and co-created the UK's most successful hospital soap, Casualty. Brock's first screenplay to reach production, the award-winning Mrs. Brown, was directed by John Madden and starred Judi Dench as Queen Victoria and Billy Connolly as John Brown. He won the Evening Standard Award for Best Screenplay and received two Oscar® nominations and eight BAFTA awards, including Best Original Screenplay. Brock's next project is Faith, set in the English Civil War. Other screenplays in development include The Last King of Scotland and a new version of Brideshead Revisited. Driving Lessons is Brock's directing debut.