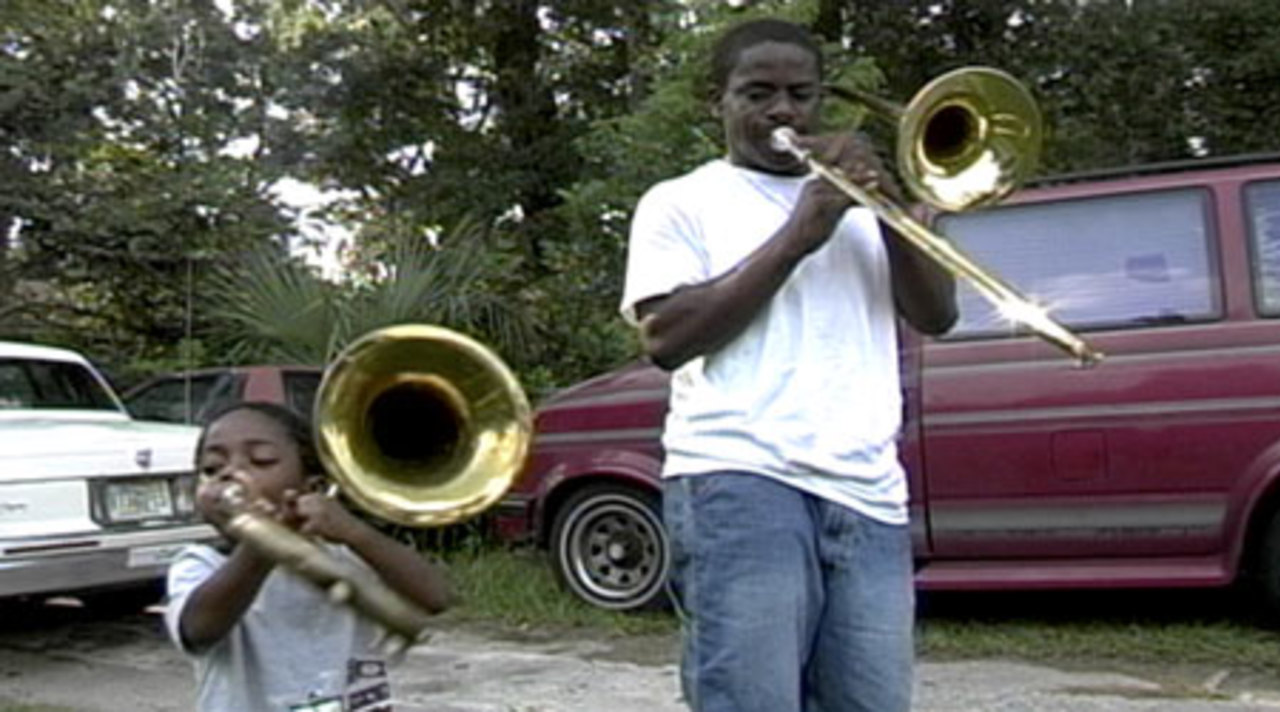 Once relegated to the smoke-filled nightspots, jazz music is now recognized as one of America's greatest original creations. Today it thrives in unexpected places-like the Jacksonville, Florida high school jazz band that stars in Bruce Broder's refreshing and empowering documentary. The film follows T.J., Owen and other aspiring jazz musicians as they compete with elite bands from all over the country at the Essentially Ellington High School Jazz Band Competition & Festival in New York City. Whittled down from over 900 high schools, fifteen bands (including two stellar groups from Seattle) are invited to perform at Lincoln Center. Along the way, virtuosic teenagers from a myriad of backgrounds not only improve their skills on their chosen instruments, they also learn the elusive art of truly "swinging"-and become a tight-knit family in the process. As artistic director of the festival, jazz musician Wynton Marsalis teaches the teenagers about soulfulness and urges them to keep alive the legacy of Duke Ellington and other jazz luminaries. World-renowned bassist Ron Carter visits their Jacksonville high school to help prepare them for the upcoming competition in a uniquely heart-warming scene. Inspired by the entire community of jazz musicians, the students humbly recognize the honor of carrying on the legacy of the masters. Reminiscent of Mad Hot Ballroom, Chops will make audiences admire the dedication of these young people as they proudly watch the culmination of their hard work: a festival performance where the students realize that no matter how much one prepares, sometimes life, like jazz, calls for improvisation.

Chops is BRUCE BRODER's first feature-length film. One day during the summer of 2003, Broder, president of a large ad agency, left work early to watch his 12-year old son perform at jazz band camp. One year later, he left work altogether, determined to capture on film the youth jazz phenomenon he was witnessing in the Jacksonville arts school program. In telling this story, Broder leaned heavily on his background as a journalist, musician, creative director and film director. The presence of jazz in his household and the ubiquity of jazz in his hometown of Detroit didn't hurt either. All of that, however, was secondary to the willingness of 25 kids, over the course of two and a half years, to put their talents and their hearts on display.