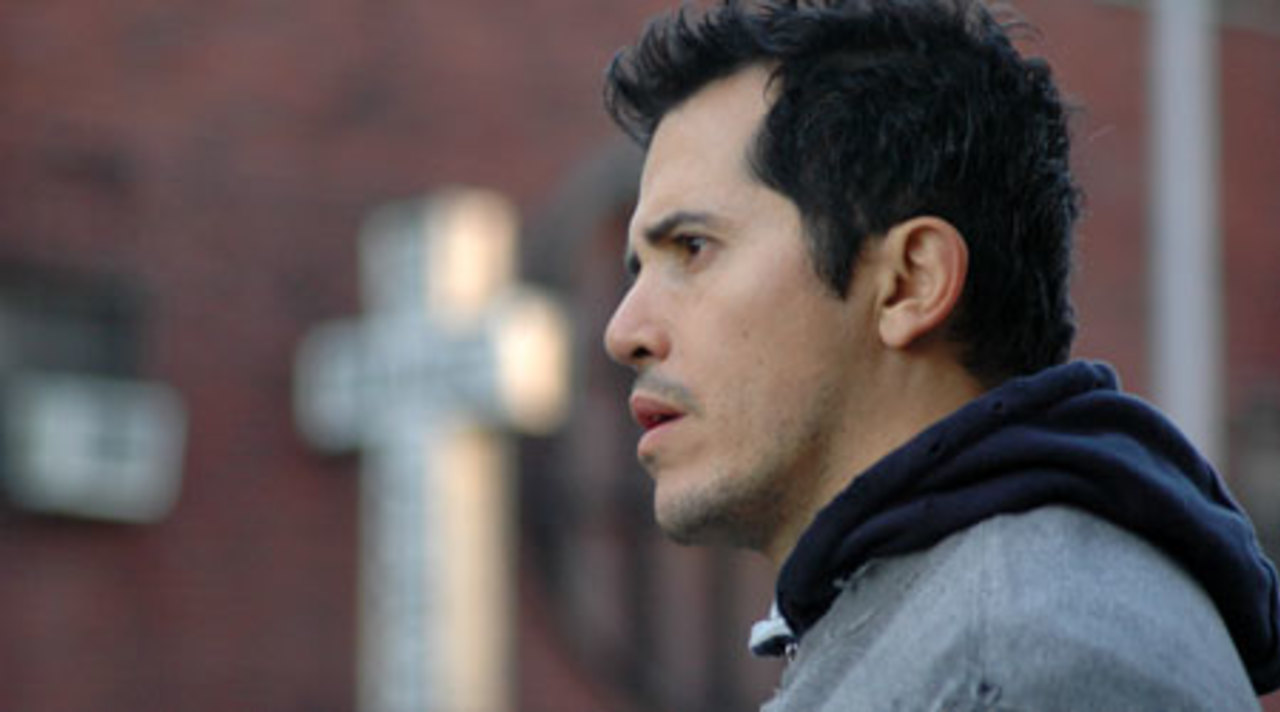 WHERE GOD LEFT HIS SHOES

Gulf War veteran Frank Diaz and his family have fallen upon hard times. After months at a homeless shelter, on Christmas Eve they finally become eligible for an apartment. But in order to qualify, Frank has to find a job “on the books.” Having already promised his wife that their new home was a done deal, Frank and his stepson Justin embark on a frantic search for employment on the cold New York City streets. As the day progresses, the Diazes are confronted with a series of seemingly insurmountable obstacles that initially test their mettle as a family, but ultimately serve to strengthen their bond. Heartfelt but never sentimental, Where God Left His Shoes works as both a moving family drama and a testament to the difficulties faced by the working poor in New York-and elsewhere. The film is anchored by a terrific lead performance from John Leguizamo (in fine dramatic form), who plays beautifully against fellow cast mates Leonor Valera (as his loving but frustrated wife) and David Castro (as Justin, with whom he shares an occasionally fractious relationship). Written and directed by Salvatore Stabile (who has served as a writer and producer on The Sopranos and Rescue Me), the movie is a rare close look at the struggle to get ahead in contemporary America.

SALVATORE STABILE (Writer/Director/Producer) completed his first feature film, Gravesend, when he was 19 years old and that film went on to attract the attention of Oliver Stone and Steven Spielberg. Since then, the Brooklyn native has worked on several award winning television shows, including The Sopranos and Rescue Me. His inspiration for Where God Left His Shoes came from his own childhood family experiences. Raised in an Italian-American working class family, Stabile cites Italian neo-realism as his main influence as a filmmaker and is dedicated to making films about the challenges of everyday life and people faced with difficult, life-changing decisions. Sal is currently in pre-production with his third feature, which will be filming in New York this fall.