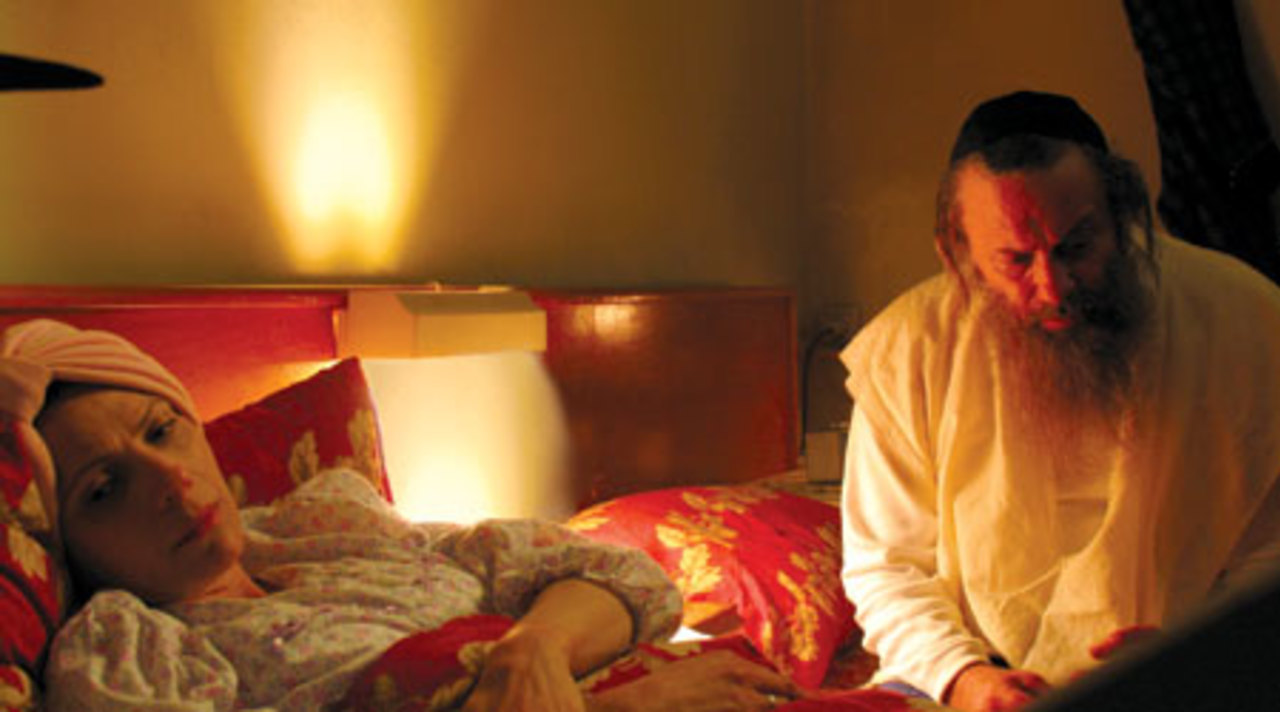 MY FATHER MY LORD

Throughout the world, millions of people of different faiths practice orthodox forms of religion. David Volach's intimate and haunting film focuses on one Israeli family that belongs to the Haredic Community, one of the most ultra-Orthodox in the world, but its message will resonate far beyond. My Father My Lord examines the choices made and the costs potentially exacted by what some might see as an overly rigid observation of religious tenets, but for many is just a way of life. The film introduces the world of a respected rabbi, his devoted wife and their young son; the rabbi leads a community whose existence is based on complete faith in God and adherence to laws dictated by their religion. As the family prepares for an anticipated journey to the Dead Sea, the film observes the father as he guides his young son, always teaching him the laws of their faith, while his dutiful wife smiles in agreement. Their trip is a pleasant one, but when the rabbi's need to pray gets in the way of his family's welfare, tragedy seems to be lurking. The rabbi is troubled by his sudden and unexpected struggle to balance his strict observance with the health and safety of his family, but ultimately, he believes that he is wrapped in the arms of God. Volach's impeccable storytelling uses all the cinematic elements to create a mood and expose his vision of this society. My Father My Lord is likely to elicit strong reactions from audiences, but even as Volach trains a focused eye on this community and way of life, he manages to present the story of the rabbi without blindly criticizing. This subtle film, with just a handful of characters, packs a profound emotional resonance that will linger long after its ending. Named "Discovery of the Festival" at Haifa.