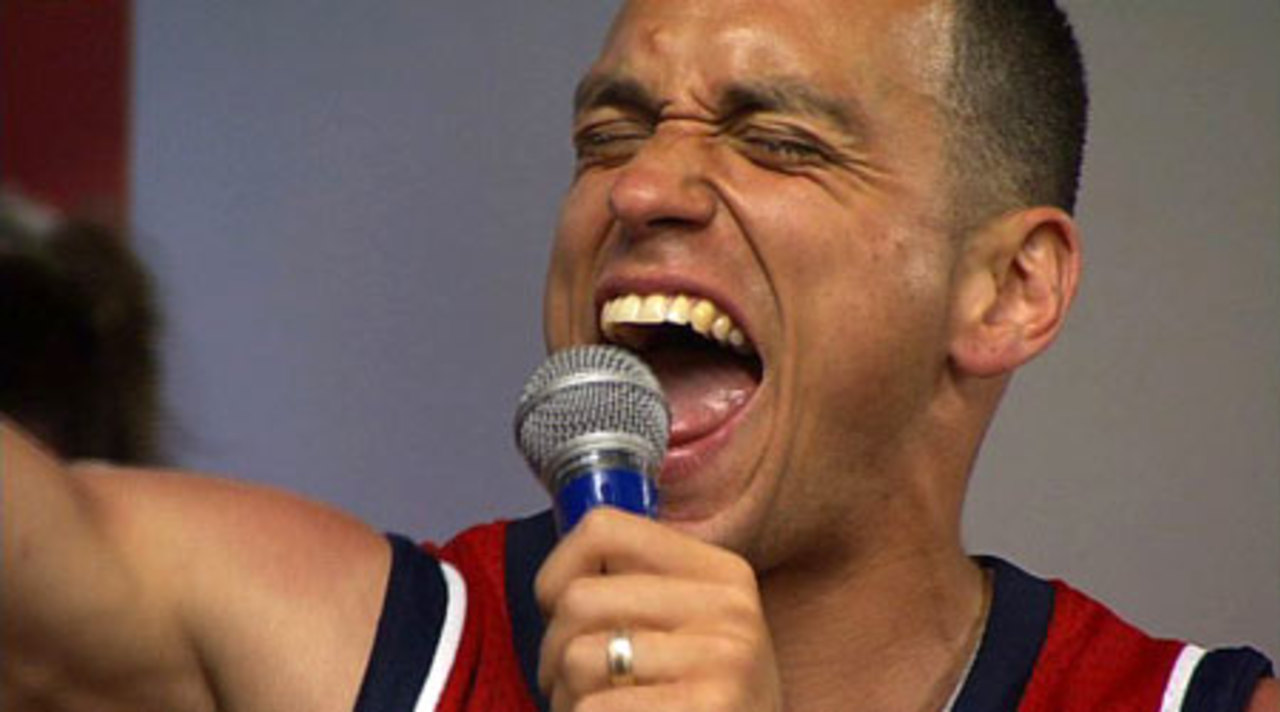 Young, unordained evangelical minister Justin Fatica is on a quest to save America's soul in David Holbrooke's fascinating new documentary. At age 17, Fatica found religion. Soon after, at Seton Hall University he created the 12 Apostles Program to evangelize students. In 2002, Justin and his wife Mary founded the Hard As Nails (H.A.N.) Ministry to reach out to members of all Christian faiths and spread the gospel at teen retreats using music, dance, candid preaching and visceral reenactment. The ministry is seen by some as a radically effective way to reach out to the MTV generation. To others, Fatica's gruff style goes too far; he has been banned at several institutions. In one troubling case, an unprepared school is left with several shocked and sobbing students, who seem more confused than saved. But resistance is merely a bump in the road for Fatica as he powers across the country and to the Caribbean, raising money and pulling no punches when it comes to preaching the importance of Christ and the power of temptation. Indeed, witnessing a number of alienated youths who find acceptance and a sense of love amongst the H.A.N. ministry is compelling. Yet, looking at Fatica's frantic eyes and listening to his fiery speech peppered with slang, one wonders what kind of person he truly is. Whether in front of a congregation or in a hospital room greeting his newborn son, Fatica seems to be a man who is always on the verge. The question is, of what?