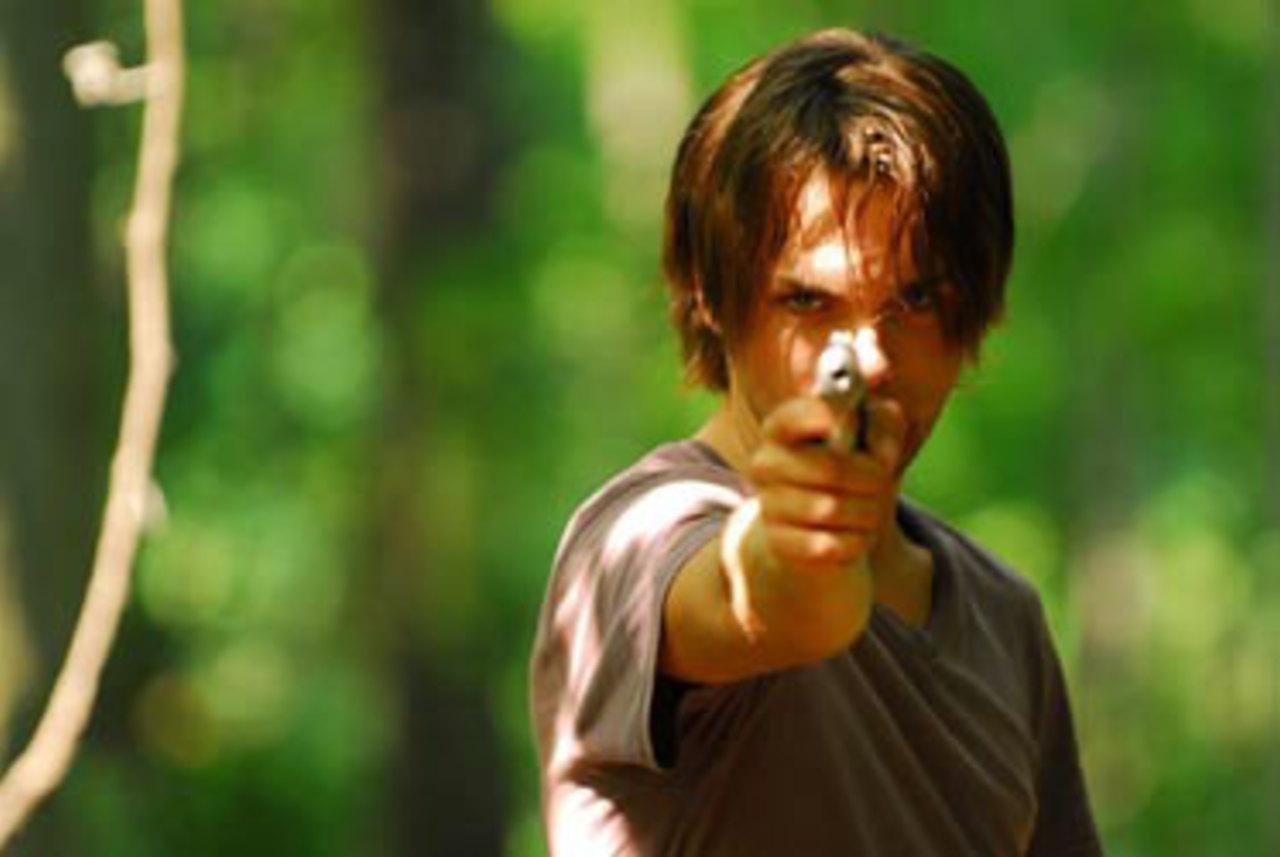 The small, serene community of Grovestown is shaken when a hysterical teenager comes running down the main street soaked with the blood of her boyfriend, who has just shot himself. When more suicides quickly follow, people in the devoutly evangelical town turn a blind eye and cling firmly to their deep-seated beliefs. But Lindsay (Elizabeth Rice), a local shop owner's daughter and girlfriend of the pastor's son, is not so dismissive. She begins to prod deeper into the mystery and soon discovers that "something" evil and indescribable in the town is parasitically moving from victim to victim. Lindsay, convinced she is the next one to die, befriends Aiden (Thomas Dekker), a nonbeliever whose family has stirred fear and controversy in town before and may be the only hope of eradicating the suicidal plague. Foregoing cheap scares and blood-and-guts clichés, director Phedon Papamichael cleverly brews the film's suspense, injecting frights into an eerie stillness. With his impressive cinematography background, Papamichael imbues the film with an atmospheric look and ominous visual tone, evoking a constant air of mystery. Bolstered by a stellar cast, led by Elizabeth Rice (Mad Men), Thomas Dekker (Terminator: The Sarah Connor Chronicles), Laura Allen (Dirt), Rumer Willis, and Adam Goldberg, this smart, supernatural thriller delivers both spine-tingling chills and biting commentary.

Phedon Papamichael was born in Greece. He made his first trip to the United States at the age of four, when his father was the art director on John Cassavetes' film Faces. Cassavetes later saw Phedon's still pictures and told him to come to New York "to shoot his next picture." Papamichael moved to New York when he was about 20. In the years to come he became one of the most renowned cinematographers in the world, with an impressive and eclectic list of feature film credits that includes Phenomenon, Patch Adams, The Million Dollar Hotel, Sideways, The Weatherman, Walk the Line, The Pursuit of Happyness, and 3:10 to Yuma.