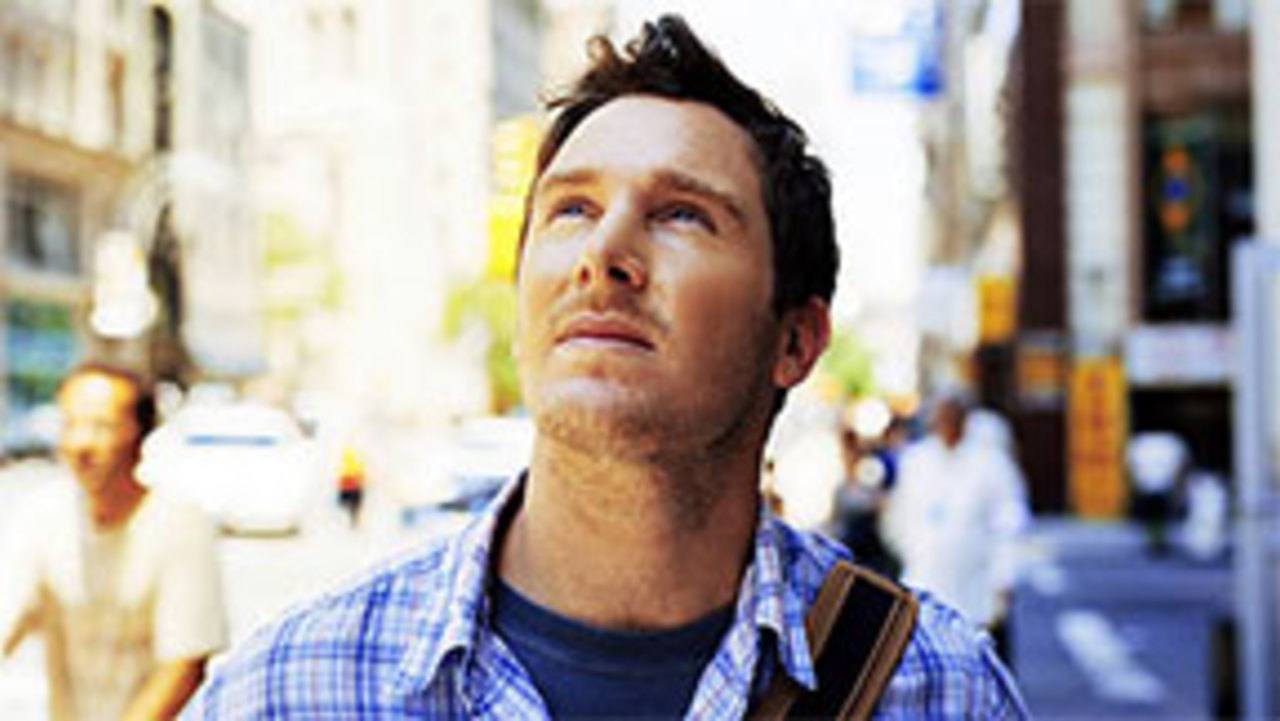 Is it better to let a lost love linger in the mind or be forgotten? Swedish director Joachim Hedén earnestly examines this question in his debut feature New York Waiting. Sensitive, sad, and oddly suspenseful, the film focuses on Sidney, a warm and deeply quixotic man who sends his lost love a plane ticket to New York along with a letter asking her to meet him at the top of the Empire State Building. After throwing his cell phone into the ocean, Sidney boards a plane to New York just two days before his romantic rendezvous. With a vintage Polaroid camera in hand, he takes to the New York streets, stopping occasionally at tourist attractions and coffee shops. Along the way, he unexpectedly meets a distraught woman who left her boyfriend that very morning after discovering that he had been unfaithful. Like Sidney, she too is drifting around Manhattan, as she waits for a flight to take her back to San Francisco. At first, the two strangers commiserate over their romantic failures. But as time passes, they realize that they have more in common than just sad love stories. As the time of her plane's departure and his fateful meeting draw near, tension builds between them, and Sidney begins to feel conflicted. Should he ask for her name before she leaves or should he continue to believe in a love that he's already lost? Through the use of romantic flashbacks and a digital clock that periodically pops up on screen, Hedén effectively juggles romance and suspense in this riveting work.