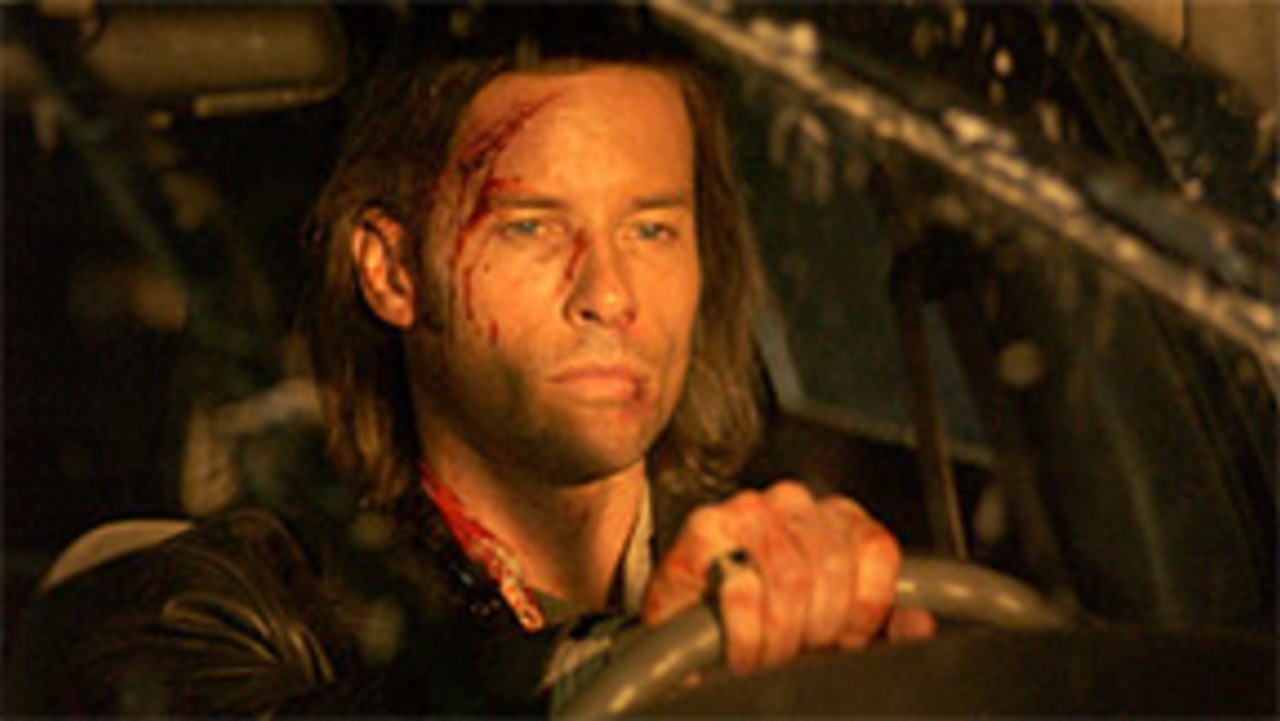 Can one outrun destiny by stepping on the gas? Does one confront it head-on? Or should one simply accept the inevitable, if such a thing even exists? These are the questions that director Mark Fergus poses with panache in First Snow, his creepy debut feature. Guy Pearce-no stranger to mind-tweaking fare after his star turn in Memento-plays salesman Jimmy Starks, who is convinced that he is being stalked by fate after a psychic tells him that he will die soon. The how and the where remain unknown, but death will not come until the first snow. The fact that Jimmy is in Albuquerque, with winter approaching, makes him mighty twitchy. Coincidences build at an alarming speed, while Jimmy's oily charm and his gift for gab seem to have lost their power. Without slipping into horror-film cliché, the script-co-written by Fergus and Hawk Ostby-deftly illuminates the terror that can grip a rational person. As the temperature drops and snowflakes begin to flutter downwards, First Snow manages to trigger our own instinct for self-preservation. What would we do? A dubious girlfriend (Piper Perabo) and a drinking buddy leave Jimmy on his own to face circumstances that appear to be spiraling out of his control. With his past chasing him as doggedly as his future, Jimmy learns that challenging the predetermined is not for the faint of heart. First Snow's pulse-pounding conclusion forces both Jimmy and the viewer to collide with the unknowable, but not necessarily the unforeseeable. This Southwestern gothic tale takes place in wide-open spaces, but to the lonely, paranoid, or those targeted for an upcoming trip to the great beyond, it can feel very cramped.

Mark Fergus was born in Astoria, New York, to Irish immigrant parents. He graduated from Boston University, where he first met his writing partner Hawk Ostby. They collaborated on twelve original scripts, including the thriller Consequence for HBO Pictures, as well as film adaptations of Philip K. Dick's A Scanner Darkly, P.D. James' The Children of Men, and Edgar Rice Burroughs' John Carter of Mars. First Snow is Fergus' directing debut.