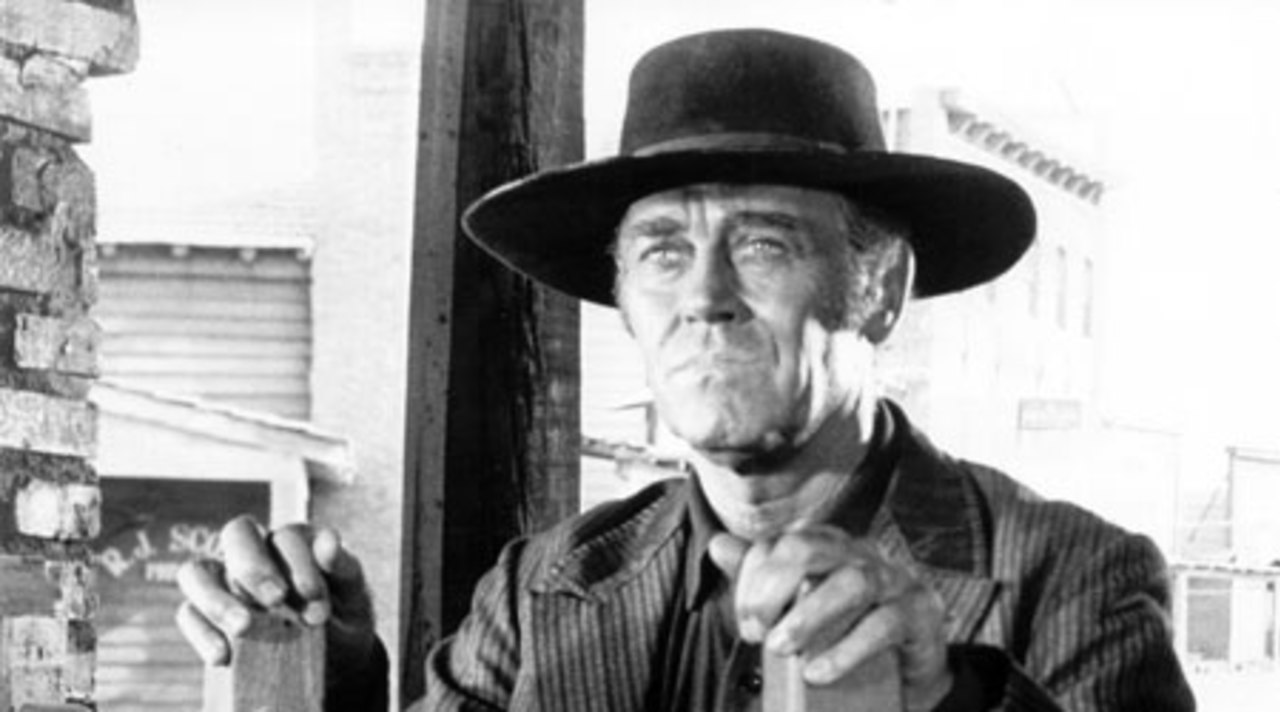 ONCE UPON A TIME IN THE WEST

Not many films get better with age. If you don't agree this is one of them, meet me outside. Let's celebrate its 40th birthday by forgetting all the indignities it has endured (studio-inflicted cuts, idiotic reviews) and appreciate the opportunity to see a gorgeous new restoration of a "classic" that's still one of the most enjoyable movies ever made: Bronson, Cardinale, Fonda, and Robards; Morricone's unforgettable score; images of Monument Valley that rival John Ford's. Right from the opening sequence-a quintet for three gunslingers, a fly, and a creaking windmill-it's clear we're being told a story whose familiar elements will appear in a new way: the gunmen are photographed either in long shot or in extreme close-up, the enormous 'scope screen overflows with giant images of a gun barrel, an eyeball, or . . . a fly! This unusual film was born in an unusual way. After the financial success of his first three spaghetti Westerns, Leone decided to try something more personal, so he invited two young filmmakers-Dario Argento and Bernardo Bertolucci-to write the story for his next film, and for months the three met to "dream together." Agreeing that the Western is the cinematographic genre par excellence, they discussed the American movies they loved, Hollywood dreams, and historical reality. The extraordinary film that resulted is a unique blending of popular fiction, the primal "once upon a time" impulses common to all storytelling, and the Marxist ideas so in vogue in the late '60s. And "something to do with death."

Sergio Leone (b. Rome 1921) worked as assistant director or second unit director on dozens of the comic book-like history films known as peplum, which were turned out by the truckload at Cinecittà in the 1950s and early 1960s, and toward the end of that time he also collaborated on their screenplays. That led to his working in a similar capacity on more ambitious Hollywood films that came to Cinecittà, including Ben-Hur (William Wyler, 1959) and The Last Days of Sodom and Gomorrah (Robert Aldrich, 1962). His first film as director was another peplum, The Colosus of Rhodes (1961), and that led to A Fistful of Dollars (1964), whose worldwide success spawned a sequel the following year, For a Few Dollars More, and finally The Good, the Bad and the Ugly. These films starred a failed American TV actor who became an overnight sensation all over the world on the strength of these films-fella known as Eastwood. Once Upon a Time in the West followed in 1968, A Fistful of Dynamite in 1971, and Once Upon a Time in America in 1984. Leone died in Rome in 1989.