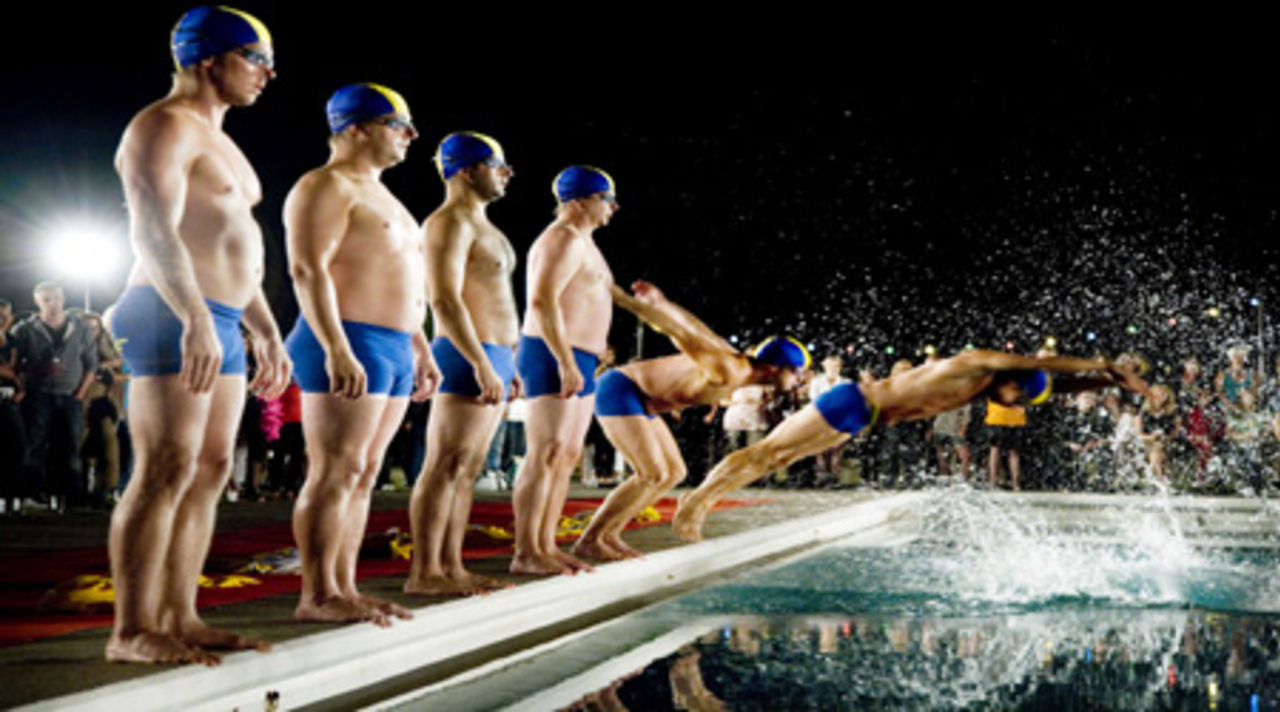 Eight middle-aged men with varying degrees of physical fitness and body hair give the underdog comedy a splashy makeover. Fredrik has always been competitive to a fault, and his rivalrous nature has cost him his job and very nearly his relationship with his teenage daughter, Sara. But when he and his floorball teammates joke around at a buddy's bachelor party by drunkenly performing a routine in the pool, he may have a new shot at glory. Fredrik proposes the guys trade in their floorball sticks to become Sweden's only all-male synchronized swimming team and head to Berlin to compete in the world championship. There are a few challenges, though: Many of them don't swim too well, some can barely float, and the National Swim Association won't take them seriously.

Director Måns Herngren brilliantly brings together an unlikely group of guys in this surprisingly touching tale of reverse sexism, family, and perseverance. The charismatic cast, led by the fantastic Jonas Inde as Fredrik, triumphantly carries this lighthearted journey to its emotional climax. All the men bring a unique brightness to their roles that makes The Swimsuit Issue so poignant and enjoyable. 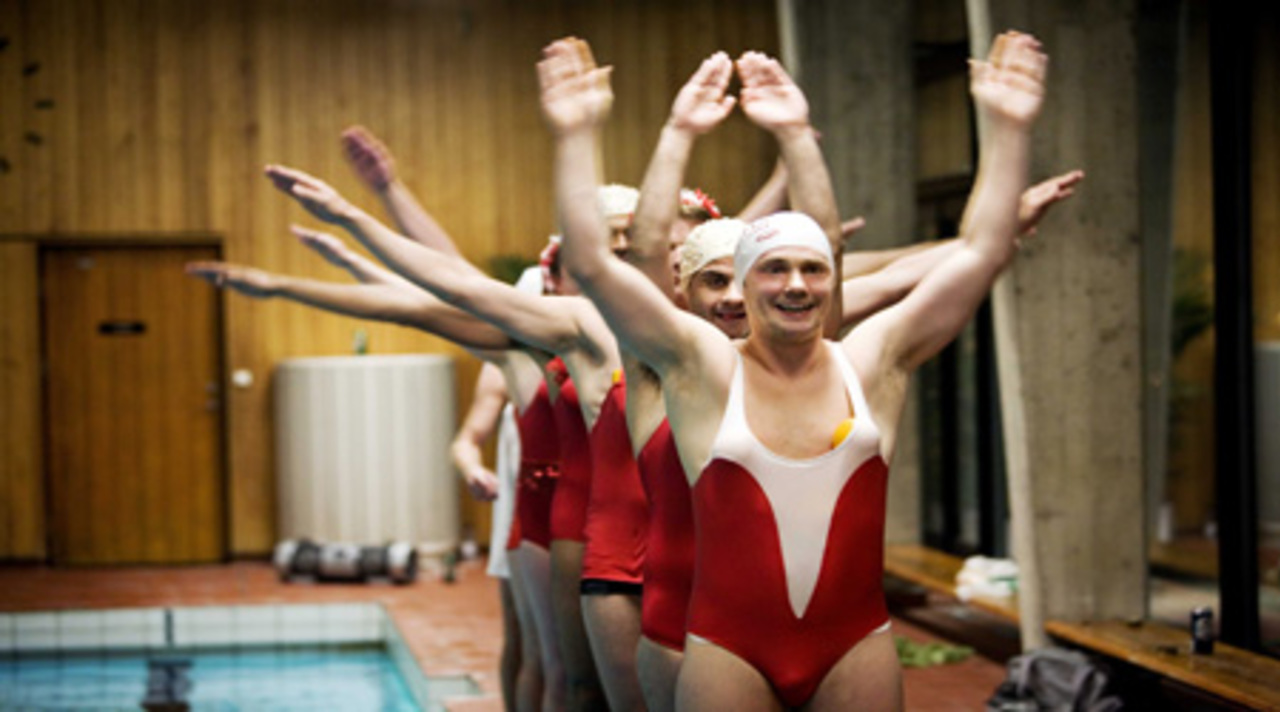 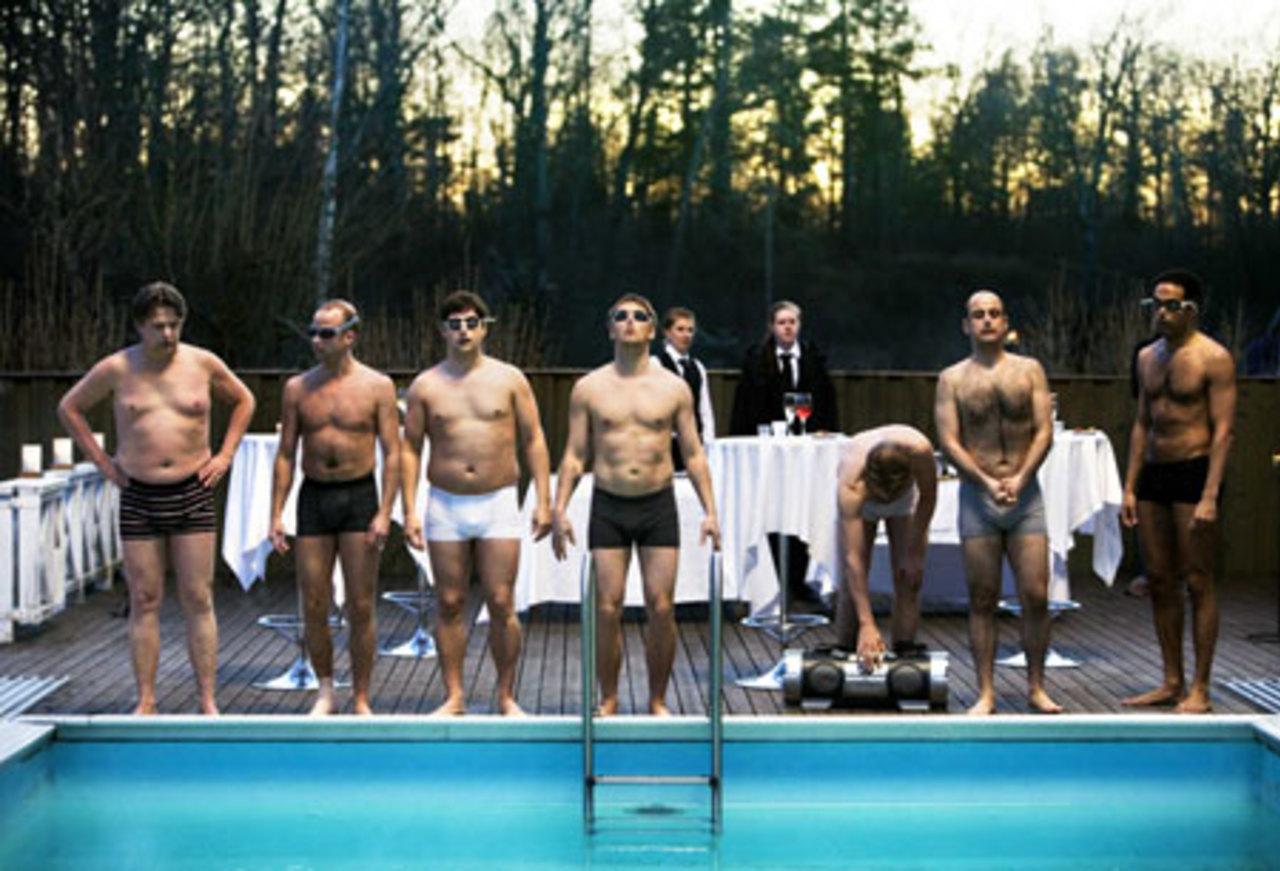 Måns Herngren (b. 1965, Stockholm, Sweden) has directed and written several comedies with Hannes Holm. Their debut feature was 1995's One In a Million, followed by the box office and festival hit Adam & Eva. Since then they have made three more features together: Shit Happens, The Reunion, and Every Other Week as well as TV series and commercials. In 2007, Måns Herngren wrote the script for Wonderful and Loved By All, which was directed by Holm.